During Lockdown all classes are virtual. Beginners, Improvers, Intermediate, Over 60s Pilates available.

First of all, what is the Mind-Body Split?

Well it turns out that there is more than one way to describe  it.   In ultra simplified terms: there is the view that the Mind and the Body are essentially completely different entities.  This is Dualism.  Alternatively there is the view that Mind and Body are are separate elements of a unified whole.  This is Monism.     This is fairly heavy duty philosophical discourse, and I don’t want get any further into philosophical debate, but even to consider that the essence of Mind/Body could be seen in (at least) two different ways is  interesting.

I want to consider Mind Body Dualism.  In Europe we associate dualism with René Decartes, hence, Cartesian Dualism.  He of “Cognito Ergo Sum” or “I think therefore I am” fame.  However, there were other Dualist Philosphers and the theory held sway in Europe, not least because it was compatible with the Christian belief in the immortal soul as distinct from the corporeal body thus allowing for the soul to depart the body when the person passes away. 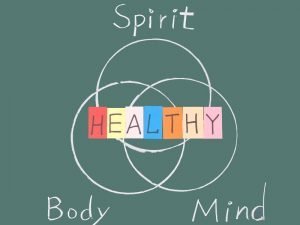 The notion of the mind separate from the body is so profound as to be almost overwhelming but unless you think of it, it is like much else in life: hiding in plain sight

My interest is around the notion of our view of the importance and significance that we apportion different bits of our bodies. Is it a consequence of mind body dualism that we have a known, thought life in our heads and a largely unknown life in lived by our body?     Is it a product of the European enlightenment and the development of technologies and the revolution in thought, science, learning, ideas?   Did we come to see that realm of the mind as being more significant?   Or was that belief present already?   That question is one for the history of ideas, and ideas that go right back to Plato and beyond

For now I am interested in how it influences us.  It is as if we don’t “Get” our bodies, don’t give them much thought or much respect

We are quite adept with brain stuff, and indeed need to be in order be social creatures with family, friends, work, and generally a place in society.  We live a life of emotions, feelings.  It could be going to work, it could be soap operas, football, politics, what you’d like to eat for tea, money, cutting the grass, Shrove Tuesday, charitable donations, emptying the bins.

On the other hand: How much to know about your shoulder or your hips?

What does your shoulder actually look like and what can it  do?   Does it have strength and range and is it clear what that means in practice?  Is there any room for improvement?  Does  the left shoulder behave in the same way as the right one?

Well you really shouldn’t get me started on this one, but: are your hips tight? Is your pelvis stable when you walk?  Are your muscles truly strong enough to allow you to walk and run properly?

This feels a bit like the Cartesian dualism in practice.  The corporeal self plays second fiddle to our brain life.   Our view of our body, until it goes wrong, is largely derived via cognitive processes: We stress about it, especially when we perceive that it fails to conform to the  ideals  dictated by culture, norms, Social media, etc.   We don’t, at least not so much, “know” the shoulder on the basis what it feels like or what it actually does

Our concerns are, so often, in our head:  the bum is not bootylicious enough, the abs are not flat enough, we feel too fat. We are not good enough because we can’t run 5k or can’t run 5 k fast enough.

The emotions are dictating the terms for our body.  At the same time we are accepting as normal, staggering levels of mis-alignment, postural change, muscular tightness, asymmetry because we simply don’t see these things.   It is as if they are not there.

Sometimes of course the body fights back: aches and pains occur and sometimes they can be banished by regular movement or exercise.  Heartache, stress, difficulty sleeping, “switching off”, can be helped by movement and exercise.  We may not realise it on those occasions we have returned a bit of mind/body synergy

In our mind/body split world we relegate that which is related to the body to the second tier.

The highest ranks of society are accorded to people who do brain stuff.     Relative to their benefit to society, exercise instructors aren’t paid that well, and that is even more the case for Care Workers.

We admire greatness in sport but we probably see their achievements differently compared to a great scientist or author.

Every time I visit the gym, or see people exercising outdoors, running mainly,  I observe people  who take no care with form/ alignment or with their performance.  It is as if they don’t realise that it matters.  Could this be, on some level, not even consciously, we manifest the belief that “it’s only our body, it doesn’t matter” or “it’s only exercise,  so it is obvious”

There is an element in the fitness industry of really going to extremes which chimes with the no pain no gain philosophy.  Many people ignore they way they feel and simply assume that what they are doing is correct and a successful way to exercise.  It is as if we are failing to preserve the quality piece of engineering that is the human body and instead we  just batter the life out of it.    Exercise as stock car racing!

If you want to bake a cake you follow a recipe.   If you want to learn the piano you either take lessons or learn slowly and steadily by rote, but not by bashing the keys heavily and noisily and assuming the loudest random chord must be the best or inherently correct.  So why do too many people walk in the gym and assume that they either know what to do, or it doesn’t matter?

It is the modus operandi in most gyms to leave the members alone, regardless of what they are doing be it poor technique, poor alignment, use of too much weight. The risks could be pulling a muscle, post workout pain, discomfort during the workout or even injury risk.  I use a gym where  regularly children are left alone to work with poor technique and they are more likely to be in error due to their relative lack of strength.  How can this be?    That Instructors don’t instruct and members don’t value advice and teaching.   Do we not value our bodies?  Do we not the value the Exercise Instructors?   We should value our body because of what it does, which is a heck of a lot.  It isn’t a clothes horse, or an empty structure with an external surface.  This is such a big deal!!

Loads of things are a synthesis of mind and body: Dance, Martial Art for instance.  Maybe playing a musical instrument, playing sport, gardening, and many other artistic and creative endeavours.  I’m am sure that there are other things too.  Exercise is a great example, and for many of us it may even be the chief embodiment of Mind/Body togetherness.

Part of the success of Pilates is that, maybe accidentally, it is leading us back to a mind/body connection.  When we do our Pilates we are fusing the mental focus, the body movement and the wraparound of the breath.   It is really important for us to be in our real, corporeal body in real time. Best avoided is the fantasy body of the never never, or the body over imbued with negative feelings or taking more notice of someone else’s.  I’m not saying that is easy.  I’m sure I cannot be the only person to zone out in class, to catch myself in the mirror and not like what I see, or forget to breathe

2 thoughts on “The Mind Body Split. What is it, and does it matter?”