During Lockdown all classes are virtual. Beginners, Improvers, Intermediate, Over 60s Pilates available. 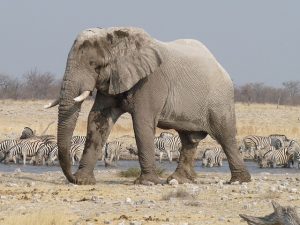 is for the Animals.  Joseph Pilates looked to the animal kingdom for movement inspiration.  That legacy endures in with  the names of some exercises: Swan Dive, Elephant, Snake and Twist, Crab, Seal

He also appreciated the spontaneous movement of children and the athleticism and grace of the Ancient Greeks. 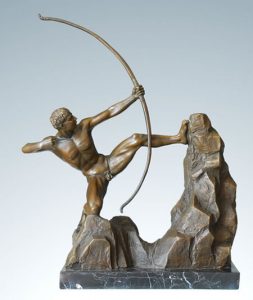 is for Breathing.  He thought this was one of the most important aspects of the Pilates Method

is for Balance of Body and Mind. Joseph Pilates believed that  his exercises, carefully designed by him and correctly performed by the client – achieve this.    Writing in Your Health he stated that this balance is:

…the conscious control of all muscular movements.  It is the correct utilization and application of the leverage principles afforded by the bones comprising the skeletal framework of the body, a complete knowledge of the mechanism of the body, and a full understanding of the principles of equilibrium and gravity as applied to the movements of the body in motion, at rest and in sleep

is for Contrology.  This is what Joseph Pilates called his exercise system.  It did not aquire its eponymous name until after his death.  He defined Controlgy as

the complete coordination of the body, mind and spirit.

is for the Disciples.  The first generation of teachers who carried on his work.  They were:

is for 939 Eighth Avenue in New York City 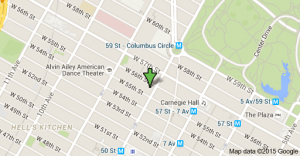 I’m Fifity years ahead of my time

A Joseph Pilates quote, and how true!

is for “Genius of the Body” which is how the dancer, choreographer and early Pilates devotee George Balanchine described Joseph Pilates 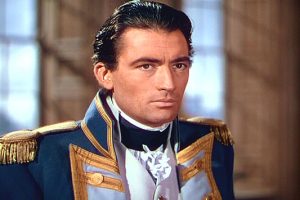 is for the Hundred.  One of the most iconic of his matwork exercises 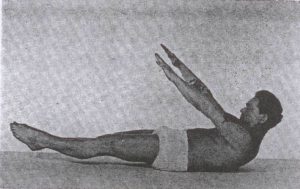 is for Hollywood – where the legacy continued after Pilates death in 1967 and Clara’s ten years later because this is there Ron Fletcher opened a studio.

is for International Heritage: Invented by a German, developed initially when Joseph Pilates lived in the UK, further developed and perfected in the US.

is for Joe, as he was affectionately known among his closest admirers and friends.

is for Romana Kryzanowka, the  person who took over the Eighth avenue Studio after Joseph’s death in 1967.  She said of Pilates that the three most important aspects are

stretch with strength and control

Here she is, casually leaning on a Ladder Barrel 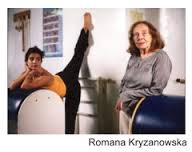 is for Ladder Barrel – another piece of studio equipment.

And talking of Barrels, the first ever Magic Circle (a piece of hand held Pilates equipment) was reputedly culled from an old beer barrel!

is for München Gladbach in Germany where he was born in 1887 and where a plaque celebrating his birth has was unveiled in 2011.  This picture was taking at the unveiling ceremony, with Lolita San Miguel standing behind the plaque.

is for New York City Ballet.  It was dancers from this ballet company who discovered Pilates because their base was nearby the studio.  This connection proved very fruitful to Pilates in the early years.

is for ” breathe… you got to Out de air to In de air”.   The early students report that this was one of Pilates’ matras, said with his trademark German accent!

is for ..”Patience and Persistence are vital qualities in the ultimate successful accomplishment of any worthwhile endeavor” .  A famous quote from the man himself

is for the Pilates Exercise Device.  This pen and ink drawing was filed at the US Patents Office in 1937. 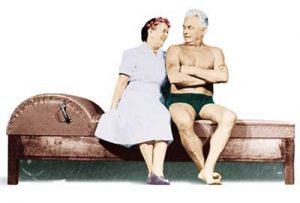 is for the Quiet Half of the Pilates team: Clara Pilates, his wife, whose contribution was enormous and largely unrecognised.  She worked alongside Joseph from the very beginning, training clients herself and she continued to run the studio in New York for 10 years following his death.

In particular, Clara Pilates should be recognized for her work modifying the exercises so that they could be used for injured or ill clients. 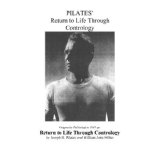 is for Return to Life through Contrology.  The name of one of Pilates’ two books.  This one was first published in 1945 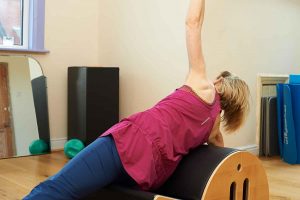 is for Spine Corrector.  Yet another piece of equipment 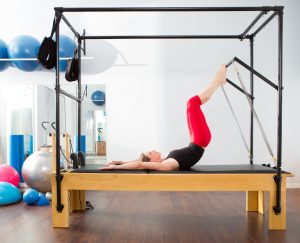 is for Underpants!!  This is what Pilates wore when he was teaching, throughout his life.  Clara on the other hand, favoured a Nurse’s uniform.

and more seriously, U is for the a guiding principle:  Unique Trinity: the balance of mind, body and spirit

is for V shaped Bed –   a Joseph Pilates invention……not everything caught on!

is for Wunda Chair – another piece of studio equipment

is for eXceptional individual – intuitive, insightful, curious in creating his method.  Rigorous, determined, single minded in developing it into a unified system of exercise.

is for Your Health: A Corrective System of Exercising that Revolutionizes the Entire Field of Physical Education.  The first of Pilates’ books, originally published in 1934. 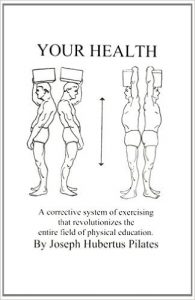 is for Zest & ease.  The goal of contrology as far as Pilates was concerned was