Core Strength – we all  we want it.  Some of us think we have good core strength, some think theirs is weak, we all reckon it’s a bit special

The Emperor’s new suit of clothes, was, according to the weavers, invisible to people who were stupid or incompetent.   So the Emperor’s subjects, not wishing to appear inferior, all went along 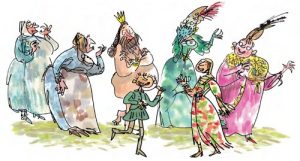 with the Weaver’s claims, admiring the beauty of the clothes and how good the Emperor looked.  We all know that the Emperor was naked and his subjects were pretending to each other, or conning themselves, until a young child called shouted out that the Emperor is wearing nothing at all!     The mask then falls away and the Courtiers are finally able to honestly appraise the situation.

So do we have in the fitness industry, our metaphorical Emperor  and does he have a set of new clothes?   I’m not trying to suggest that I, or anyone else is incompetent, but are we a bit, well, deluded?

Where is your core strength?  What is it?    How do you know if it is strong or weak?  If it needs work, what does that entail?

How do you really, truly know the answer to these questions?  Almost everyone I meet has a view on their Core Strength.  To know about it you need to be completely clear on where the Core is, what it does and how it influences movement.  Are you really clear with the facts on all of that? 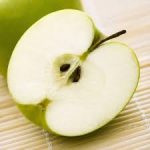 The very word, Core, is in my view problematic.  If we talk about the “core of our being” most likely we are referring to the heart or the soul.  What about the Earth’s core – molten iron with a magnetic field, or an apple core – the amorphous bit in the middle, complete with pips.     Some practitioners refer to the core as our Inner Unit: bounded by the diaphragm at the top, pelvic floor at the bottom, deep abdominals  at the front and inter-vertebral spine stabilisers at the back.  This is a functional unit and a very important one, but is weakness here the cause of our problems and is strengthening it the solution?  Probably not, although it is a partial solution and many of us would benefit from improving our breathing technique and correctly using the diaphragm

Here is another important aspect to this core business.   What ever it is, it is not simply the abdominal muscles.    The abdominals are very important stability muscles, responsible for maintaining the integrity of the front of the body and the distance between the rib cage and the top of the pelvis.  They allow the body the body to bend forwards, sideways and rotate.  If they aren’t doing their job. which is often the case, then they are dysfunctional and doing lots of Planks or Abdominal curls will not restore their functionality.   It is vital to bear in mind that there is more to stability than the abdominals. After all, if you think about it, how could one group of fairly superficial muscles, at the front of the body, be responsible for stabilising the body?  Quite apart from anything else, they aren’t even in the right place to control everything.  Over training the abdominals is a bad thing too. Potentially  it tightens up the trunk, disrupts breathing and can cause postural faults and often cause tightness in the hips.

These terms are used interchangeably, and are, I think, perceived to be the same but in reality they refer to different things.

Rather than attempt to define them, I’m going to outline alternative facts

Only joking, not alternative facts, simply a different way to describe the body and bits of what it does.

Instead of the Core, consider simply the trunk and spine.  No confusion there – the bit of the body that isn’t the legs , arms or head.  The trunk does not exist in isolation, instead, there is a constant interplay between the trunk and limbs, spine and head etc

I am unhappy with both of these terms because of a lack of clarity regarding the core.  So how about trunk stability?   You achieve this by having legs that are strong enough to do their job without the legs then needing assistance from the back muscles. We need hips that are flexible enough to allow the legs to move independently of the trunk.   To be stable , the trunk needs to be supple and movable so it can move easily but with enough strength to be able to remain stable if needs be.  Lots of muscles contribute to that, not just the abdominals.  Only rarely do we consider the role of the back muscles when it comes to stability but the trunk is a three dimensional structure with a front back and sides.   All of it requires appropriate strength.

Like so many things about the body, there is no easy explanation to the notion of core strength.  The tricky, opaque explanation of true core stability has been cuckolded by the metaphorical Emperor’s suit.   The body is a functional whole, and true stability, appropriate strength, also a supple mobile body comes from a whole body approach.  The kind of problems that we all report: back ache, weak buttocks, pelvic floor dysfunction, tight shoulders, inability to get down and up from the floor, injuries with running or other sport, misaligned pelvises, in other words the kind of thing that leads us to say that we have a weak core,  need a whole body solution.

What do we need then?

If  we can peel our eyes away from that seductive, fashionable suit what do we really need?  Why is there  such an incidence of aches, pains, tightness, injury, niggles reported by so many people?  Of course there is no simple answer to that either but broadly speaking, we don’t move enough.  We don’t move enough in varied ways. We don’t move our body or bits of our body through full sufficiently full ranges of movements.  And yeah, maybe we sit to much.

Most of use need to increase our flexibility so that we can dissociate one part of our body from another, in particular,  leave the trunk undisturbed when we move the legs or arms.    The inability to dissociate the legs from the trunk doesn’t arise from a weak core, it arises from tight hips.    We need more mobility, particularly within the trunk, also in the shoulders and in the hip joints.  The trunk would function better if the body was less tight and with more freedom to move, with the relevant bits moving in isolation.  We need more strength, but not just in the abdominals.  Crucially we need more buttock strength, more strength in the pelvic stabilisers, in the hamstrings and the muscles stabilising the knees.  We need a strong supple back.

And Finally – a blog afterthought: an Epilogue.  Could that be  a Blogilogue?

Integral to the notion of the Core, or the Trunk, or the Centre is the fact that it  doesn’t exist in isolation.   The core/trunk/centre is defined and shaped by it’s relationship to the other structures next to it, near it, above and below it.      The obsession with the core is a kind of latter day Cartesian Dualism.   Dualism, as envisaged by René Decartes of the Mind/Body split and “I think therefore I am”.  400 years on we are starting to realise the error of our Cartesian ways and see the mind/body as a whole, a Philosophy which the East never gave up on.   In the exercise world we seem to view the body as Core + Other, the former, seen as a function of abdominal strength, and the latter, well, who cares?

There is another vital relationship – the interplay of the body and core/trunk/centre with the earth and with gravity.    How we respond and relate to gravity, mostly via our contact with the floor utterly defines our movement and influences whatever is the centre of our being.      If you  think about it, we are not held up via our centre/core, we are held up by the legs and spine via their direct contact with the ground.   That should be considered one of the defining relationships of our body, one of may maybe that comprise our complex animal, mammal, ape, human body